A new runway without crashing climate targets? Dream on... 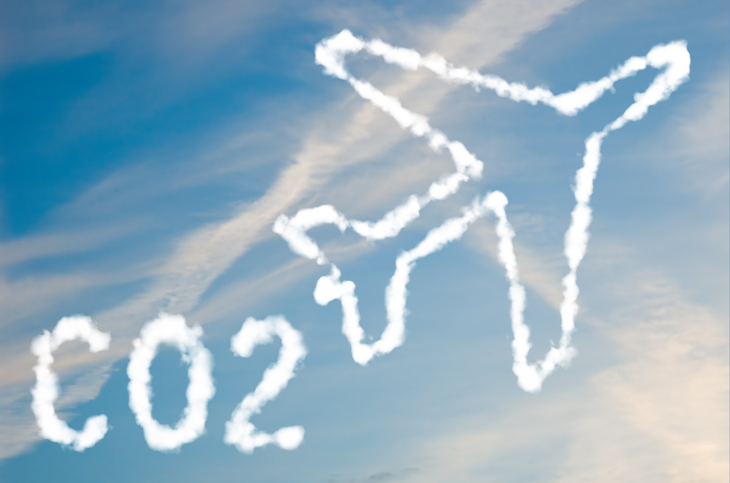 In July last year, Howard Davies, chair of the Airports Commission, wrote a official letter to Lord Deben, reassuring him that Heathrow expansion would not prevent the UK meeting our legally binding climate targets. The letter explains that "carbon emissions were treated as a constraint, not an output". Or as the more cynical among us might translate this, the answer was predetermined and then numbers inserted into the model that would give the the right answer, realistic or not.

The letter says that the safety of our climate targets depends on an assumption that the carbon price will rise to around £330 / tonne. This figure raised some eyebrows among climate and aviation campaigners as British power plants were paying less than £25 / tonne for burning carbon. But the Airports Commission's climate change assumptions, dodgy or not, generally went under the radar. In the media the question was " Heathrow or Gatwick?" and the answer "we can't afford either" was sidelined.

Now, as Theresa May is expected to make a decision soon after Parliament returns from summer recess, a report has been published by the Campaign for Better Transport shining a spotlight on the Airports Commission's calculations.

The headline finding is simple. A new runway in the South East, especially if it is at Heathrow, would increase demand for flights and therefore increase carbon emissions so that we would not be able to fulfil our climate targets. To avoid this conclusion, the Airports Commission assume prices would be hiked artificially through a carbon tax to reduce demand (which is where the £330 figure comes in). The exact increase in short-haul and long-haul flight prices would depend on how fast technology advances, but they would apply across the country, not just to Heathrow flights.

It might seem that environmentalists should be celebrating any policy that would deter people from taking carbon-polluting flights. But one problem is that international research suggests that carbon pricing isn't actually a very good way of deterring people from flying. They aren't put off from flying by price increases unless they really can't afford it. So flying could become a rich person's activity, especially outside London and the South East.

And more fundamentally, we don't believe the government ever intends these price hikes to happen. As Leo Barasi, one of the report's authors, writes in the Guardian "It’s near-impossible to imagine the government putting such a high price on flying purely to protect the environment: after all, it couldn’t bring itself to increase fuel duty for drivers this year despite two years of falling prices."

Would a high carbon price apply just to flights or be extended to other sectors? Would additional costs to reduce emissions be charged to passengers on top of a carbon tax (this assumption is made in the report). Who knows... after all it's a hypothetical measure that no one is actually committing to impose. But it's time to ask some hard questions before a new runway is given the go-ahead and all ideas of limiting carbon emissions are quietly dropped some way down the line.

You can read more in the report "Air Traffic Controls: the hidden costs of a new london runway".

Other interesting questions from the report:

Why did the Airports Commission keep making assumptions that minimised the challenge of keeping aviation emissions within legal limits?

In 2013 the Department for Transport gave its central (i.e. seen as most likely) forecast for aviation emissions in 2050 with no new runway as 47Mt CO2. To keep to climate targets, emissions would need to be 37.5Mt CO2 by this point. (Yes, that's right, emissions are set to be over our climate targets even with no new runway). For some reason the Airports Commission use a figure of 39.9Mt CO2 instead of 47Mt.

Other technical assumptions include greater fuel efficiency improvements than DfT expect, airlines being prepared to fly more slowly to improve fuel efficiency (which they don't at the moment) and biofuels being used in the fuel mix at a level that is both on the high-ish side compared to other predictions and also ignores biofuels' climate drawbacks.

If a new runway is so essential to the London economy, what effect would it have on the economy in other parts of the UK?

Would expanding Gatwick be any better for the climate than expanding Heathrow?

The Commission stated that a new runway at Gatwick would cause only a small increase in carbon emissions. This is because they assume that Gatwick expansion would lead to an increase in short-haul flights and Heathrow in long-haul flights. But if the case for a new runway is to service market demand, then expanding different airports would be expected to have a more similar outcome as companies respond to this demand.

Are there better ways of limiting demand for aviation?

Well, to start with, the plan for a new runway in the South East should be dropped. There's also an interesting proposal from the campaign 'A Free Ride' to differentiate taxation between the first, second and subsequent flights someone takes in a year to make the system fairer. Read more here