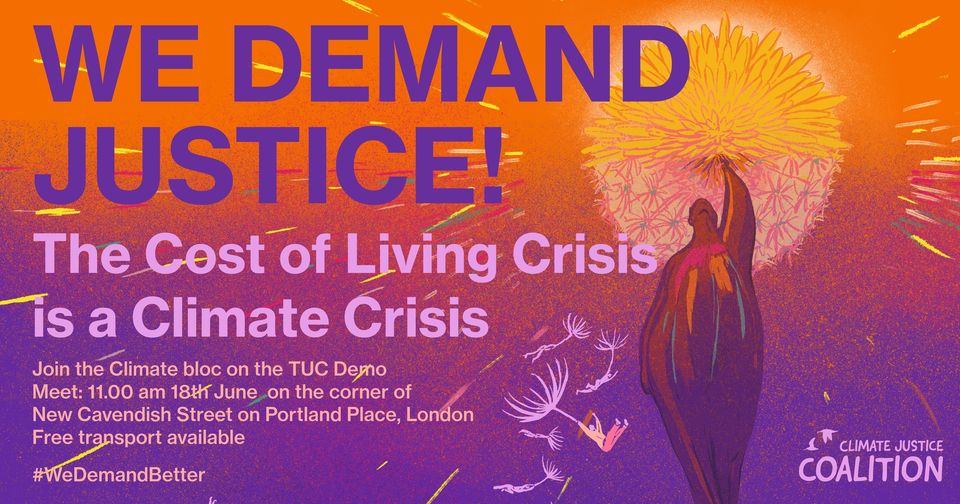 People have had enough. On top of a decade of austerity cuts, rocketing bills are hitting hard, forcing families to make impossible choices.

And the cost of living scandal is also a climate scandal.

The UK is particularly vulnerable to oil and gas price rises. Again, this is because of government choices: refusal to tackle the UK's dependence on fossil gas, alongside deliberate removal of support for home insulation, leaving our homes drafty and expensive to heat.

But Rishi Sunak has consistently blocked any meaningful investment in home insulation. Instead he has gone down the most dangerous route possible by incentivising fossil fuel extraction. For every pound invested in UK oil and gas, corporations can claim 91 pence tax relief on the new 'windfall tax'. How about investment in renewables for long term secure (and cheap!) energy? No tax relief for that, this is a reward for dirty energy only.

The Chancellor was forced into a U-turn on a windfall tax, so we can see that people power works. Now we need to demand better. His plan would take money from oil and gas companies and returning it straight to their pockets. By refusing to reverse benefit cuts or invest in insulation or renewables to lower bills, families are left vulnerable.

Over £8 billion of oil and gas projects could be unleashed, doing nothing to help with energy bills, but accelerating climate breakdown. This decision comes six months after the UK hosted COP26 and a year after the stark IEA warning that to avoid the worst impacts, there can be no new investments in oil, gas and coal.

On Saturday 18 June there will be a national demonstration in London 'We Demand Better'.

Trade unions are organising coaches from around the country. A climate bloc is being organised - all welcome who demand action now that will help both people and the planet.

The march will be assembling in Portland Place from 10.30am, departing 12pm with a rally 1pm in Parliament Square

Climate bloc assembling at the corner of New Cavendish Street and Portland Place, 11am.