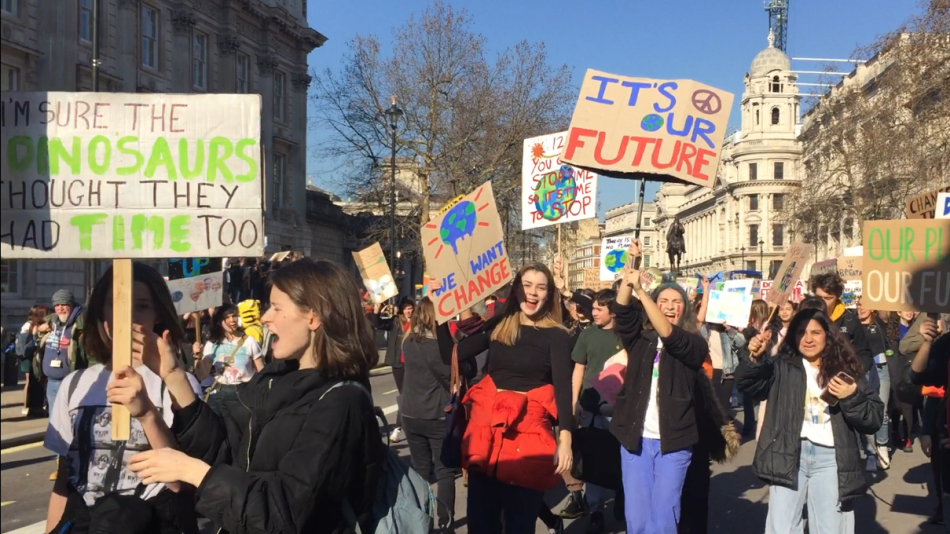 Global strike for the climate 15 March

UPDATE - There was an estimated 1.4 million turnout in over 100 countries. Protests swept across the globe - from Australia, where 150,000 defied a government in thrall to coal, across Asia, Africa and to Europe, where city squares and streets were packed in Italy, Germany, Switzerland, France, Belgium, in the UK and on to North and South America.

The strikes originated with Greta Thunberg carrying out her solo strike in Sweden, over the next few months they spread rapidly. The first UK school strike was on 15 February: around 15,000 young people skipped school to voice their anger and frustration at the failure of the government and older generations to tackle climate change. You can read more in the Guardian, on the BBC, CNN and local media.

If you are a teacher, please sign and circulate the statement below, which has already been signed by over 25 members of the NEU Executive. It would be great to have as many teachers in any of the teaching unions endorse this statement before the student strikes on 15th March.

In recent weeks many students in the UK showed their determination to demand action to tackle the climate crisis that threatens all of us and most especially the generation that are currently in school and college. Their action has put the climate crisis at the forefront of political debate across society. They have become part of a movement of young people across the globe who are rightly demanding that their politicians urgently take the action needed to tackle the climate crisis and that our education system reflects this priority. As a generation without a voice in elections, but one for whom the climate crisis will impact the greatest, we commend their willingness to engage in political activity and debate to ensure their voice is heard. We support the demands of the students and will play our part in ensuring we campaign for a curriculum that reflects this priority.

We offer our support and solidarity to all those students who walked out to demand action on climate change on 15 February. The inspirational actions of Greta Thunberg and the young people who are fighting against this threat to the planet are a lesson to us all. We pledge to work alongside students and teachers in schools, colleges and universities to mobilise solidarity for the strikes, and call for a day of action across HE and FE on 15 March 2019.

We have to thank the school strikers for their bravery in confronting the climate crisis. Their courage deserves our support. That's why we propose that unions all over the world join the students on March 15, without over-powering or co-opting their actions.