Over the past few weeks, trade unions in Lancashire and North Yorkshire have joined protests against fracking.

On the 4th of November, protesters marched to the Kirby Misperton fracking site.

They were led by drummers from the Public Commercial Services Union samba band. Also present were representatives from the Fire Brigades Union, Unite, Unite Community, all in solidarity with the Water Protectors. For weeks now, Third Energy has continued preparations for test fracking at the KM8 well near the town, despite protests from locals and anti-fracking groups such as Frack Free Lancashire. 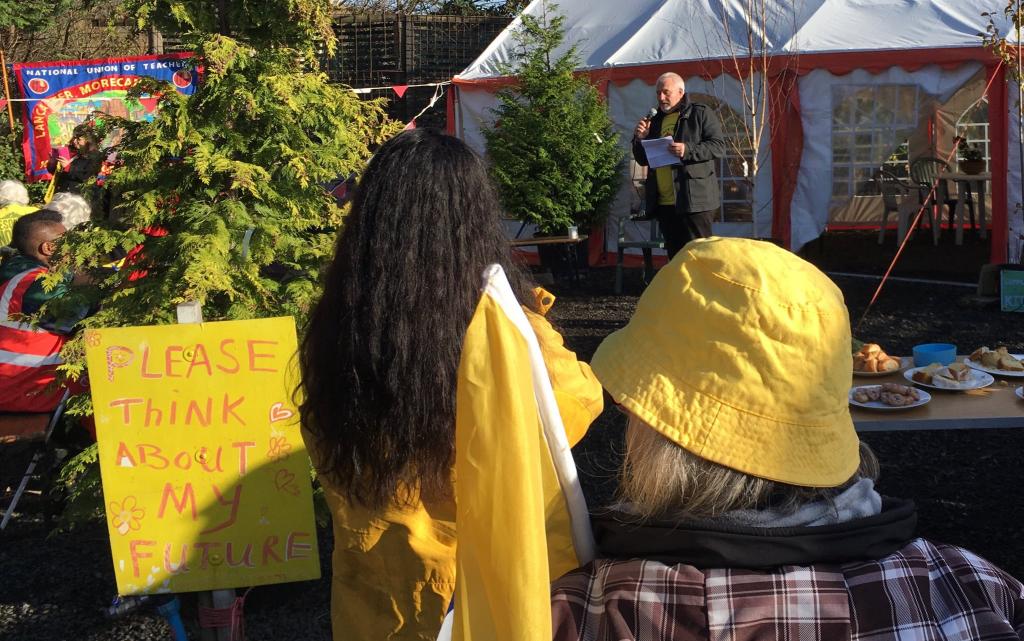 On the 11th of November, some 200 people gathered at the Cuadrilla fracking site near Preston New Road, Lancashire. As well as members of Campaign against Climate Change, representatives of Unite, PCS, UCU, National Education Union, Bakers Union & Unison were present. The local council's decision against fracking was overruled in October by communities and local government secretary Sajid Javid, of the Conservative party.

Climate resistance is increasingly gaining importance among trade unions, as the fossil fuel industry fails to keep its promises about job creation and renewable energy drives demand for labour in the energy sector.